Breast enlargement, or augmentation, is a widely requested procedure designed to increase the size of the breasts. There are many reasons for choosing to have the procedure. Many women simply have an underdeveloped bust, others may have lost breast volume following pregnancy and breast feeding, some may have a deformity of one or both breasts (constricted or tuberous breasts), while still others may have significant asymmetry of their breasts with one being much smaller than the other.

The procedure involves the insertion of an implant beneath the breast or pectoral muscle depending upon the individual characteristics of the breast itself and the chest wall, amongst other considerations. The aim of a breast augmentation procedure is to give a woman’s body better balance and proportion and improve self esteem. It aims to not only give better overall proportion to the body by enlarging the breasts, but to give a better balance and contour to the breasts themselves. It is a procedure with a very high satisfaction rate, but is one which must be carefully tailored to the individuals wishes as well as their breast and body type, skin quality and age amongst other factors.

Implants can be placed using a number of different incision sites – in the fold beneath the breast, around the areola of the nipple or via the axilla (under the arm). The pocket in which the implant sits can be beneath the breast tissue alone (subglandular), beneath the pectoral muscle (submuscular), or a combination of both (dual plane). The type of implant used can either be saline or silicone filled and may be round or tear drop shaped (biodimensional/anatomical/form stable).

The correct combination of incision site, implant pocket and type of implant needs to be carefully considered and selected for the individual patient taking into account their wishes as well as other factors including their body and breast shape, skin quality and age.

The size of the implant likewise is dependent upon a number of factors, most important of these is the patient’s wishes. Again, however, the key to the procedure is to have a natural and not an ‘operated’ look. It is important to recognise that cup size is not a standardised measurement, as any woman who has purchased a bra will realise. Different manufacturers have differing sizing standards. Because of these, amongst other factors, post operative breast size is necessarily a close approximation rather than an exact prediction.

Implants should not interfere with breast feeding or pregnancy. The degree to which the presence of an implant interferes with mammographic monitoring of the breast varies and may mean that other imaging techniques are on occasion required. These include ultrasound, CT scan and, rarely, MRI scan.

Are implants safe?
Silicon medical devices have been used for many decades with great safety and efficacy. Breast implants have been the subject of a great deal of scrutiny of many different kinds – medical/scientific, legal and media. Some of this scrutiny has been accurate and reasonable, but a good deal of it has been sensationalist and inaccurate. Importantly there is no greater risk of developing a cancer of the breast if you have had a breast augmentation. Also, if you are destined to develop a breast cancer, there is good evidence that there is no delay in the detection of the cancer due to a breast implant.

Although breast implants are manufactured to very high standards, they are not entirely fail safe. They can very occasionally leak and may need to be removed and new implants replaced. Despite manufacturing and surgical improvements reducing its rate, capsular contracture or hardening of implants can occur, leading to the need for removal and replacement. Changes over time with ageing and weight fluctuations can also have implications with regard to reoperation in breast augmentation surgery.

In recent times, it has been recognised that there is an association between breast implants and the development of a rare form of lymphoma or tumour, called ALCL or Anaplastic Large Cell Lymphoma. Globally there have been around 300 cases of this rare breast lymphoma reported in the literature in association with implants.

There appears to be a correlation between the degree of texturing of the surface of the implants and the development of ALCL. A/Prof Gianoutsos uses Mentor implants and has done so for many years. These have a low degree of surface texturing and are associated with extremely low rates of the disease. This is currently estimated at around 1 in 80,000.

Is the procedure right for me?

If your breast size has always been out of proportion with your body or has become so through pregnancy and childbirth or weight loss, then you may be a candidate for augmenting your breasts using an implant. Implants can help with size, shape, position and to a degree with droop and skin laxity.

How is it done?

A/Prof Gianoutsos performs breast implant surgery under general anaesthesia usually as a day surgery procedure. Your anaesthetic will be done by one of the expert and experienced specialist anaesthetists with whom A/Prof Gianoutsos works on a regular basis.

The procedure is usually done via an incision in the fold under the breast although other incisions can be used – around the nipple or under the armpit.

Depending upon your requirements, a pocket is then made either under the breast tissue alone or beneath both the breast tissue and muscle. Your implants will be placed after checking your size and shape with what is known as a “sizer” implant. Although very careful measurements and calculations are made preoperatively, these “sizers” are used for exact sizing purposes during the operation to ensure your definitive implant is as close to what you want as possible.

Sutures are absorbable and the incisions will have tape placed over them.

What happens after the operation?

Following surgery you will be fitted into a surgical bra and a stabilizer strap – an elasticized and Velcro secured band which runs around your chest at the upper end of your implants. You can remove these to shower on the day after your surgery.

How long am I in hospital?

The operation can either be done as a day only procedure or with an overnight stay depending upon your wishes.

After discharge you will be seen at A/Prof Gianoutsos’ rooms at around 5 to 7 days to check your incision, change your surgical tapes and check your progress. You will require some analgaesia which will be provided along with your antibiotics when you are discharged from hospital. Your discomfort will begin to settle after a day or two although on occasion it can persist beyond this. for Your incisions will have tape on them for around 6 weeks.

You will be reviewed at around 6 weeks and then six and twelve months.

A/Prof Gianoutsos and his staff are available at any time, however, should you have any queries or concerns.

When can I return to work and normal activities?

A/Prof Gianoutsos recommends that you minimise physical activity for 72 hours following your procedure. Most patients have around a week off work.

You will be able return to most of your normal day to day activities after around three days.

A/Prof Gianoutsos recommends that you do not return to vigorous upper body exercises for six weeks after your operation.

What are the results?

Swelling and a degree of tightness will be present initially and occasionally a little bruising. It takes around 6 weeks for you result to be seen.

What are the risks?

All surgery carries at least some degree of risk. These are minimized by ensuring you are as healthy as possible and prepared for the operation, by selecting a properly qualified and experienced surgeon and allowing yourself a proper recovery period. The particular risks as well as the expected perioperative course will be discussed in detail with you at your consultation and you will have the opportunity to ask any questions. 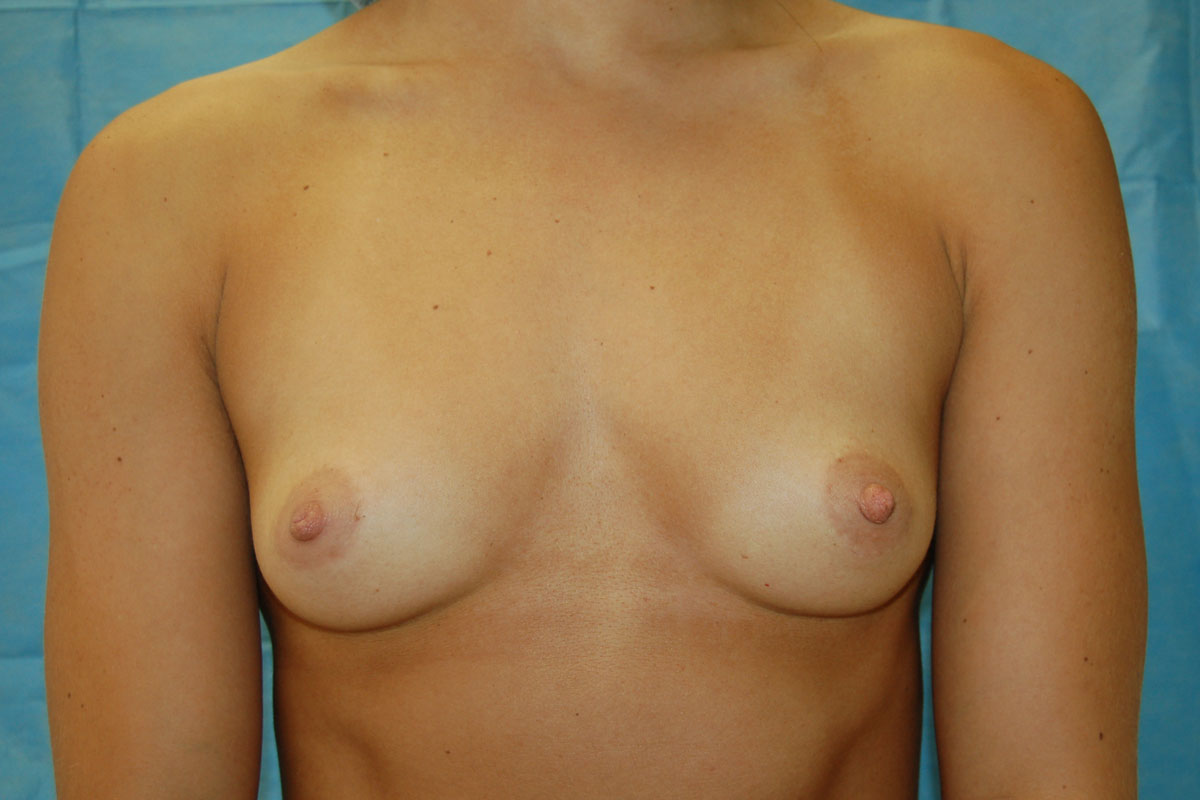 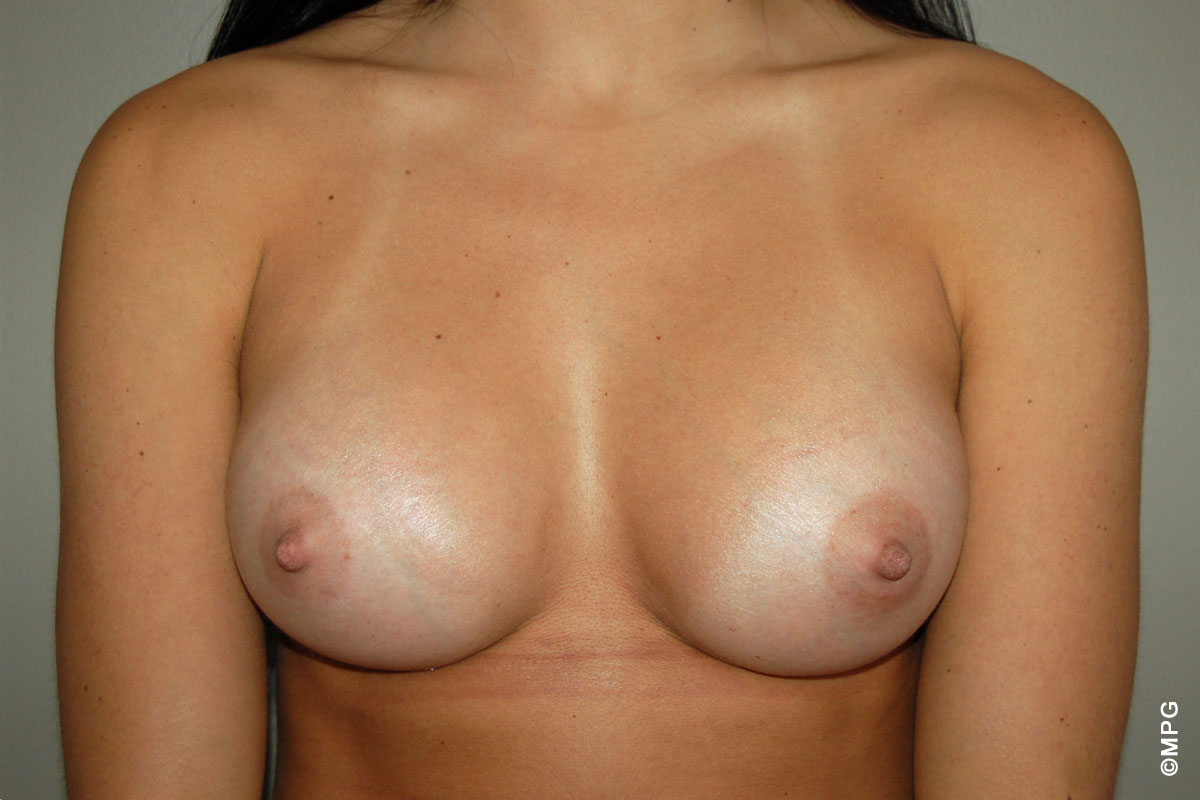 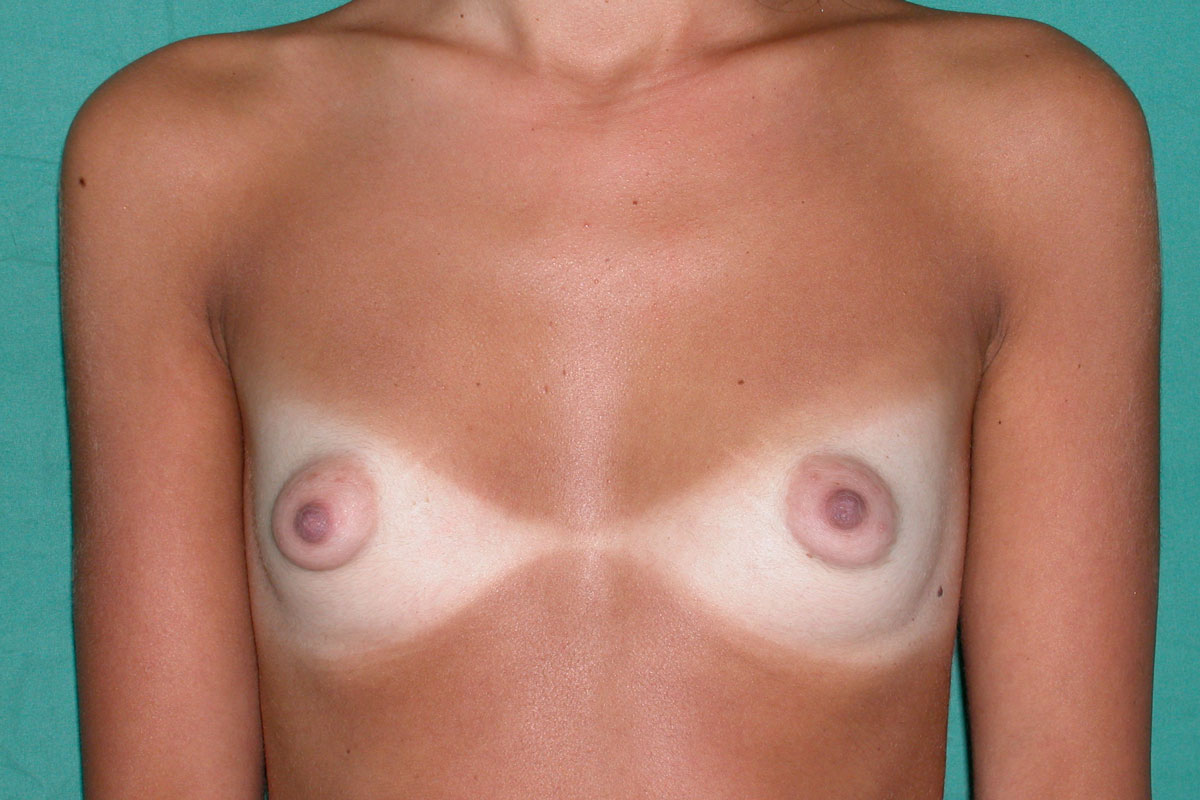 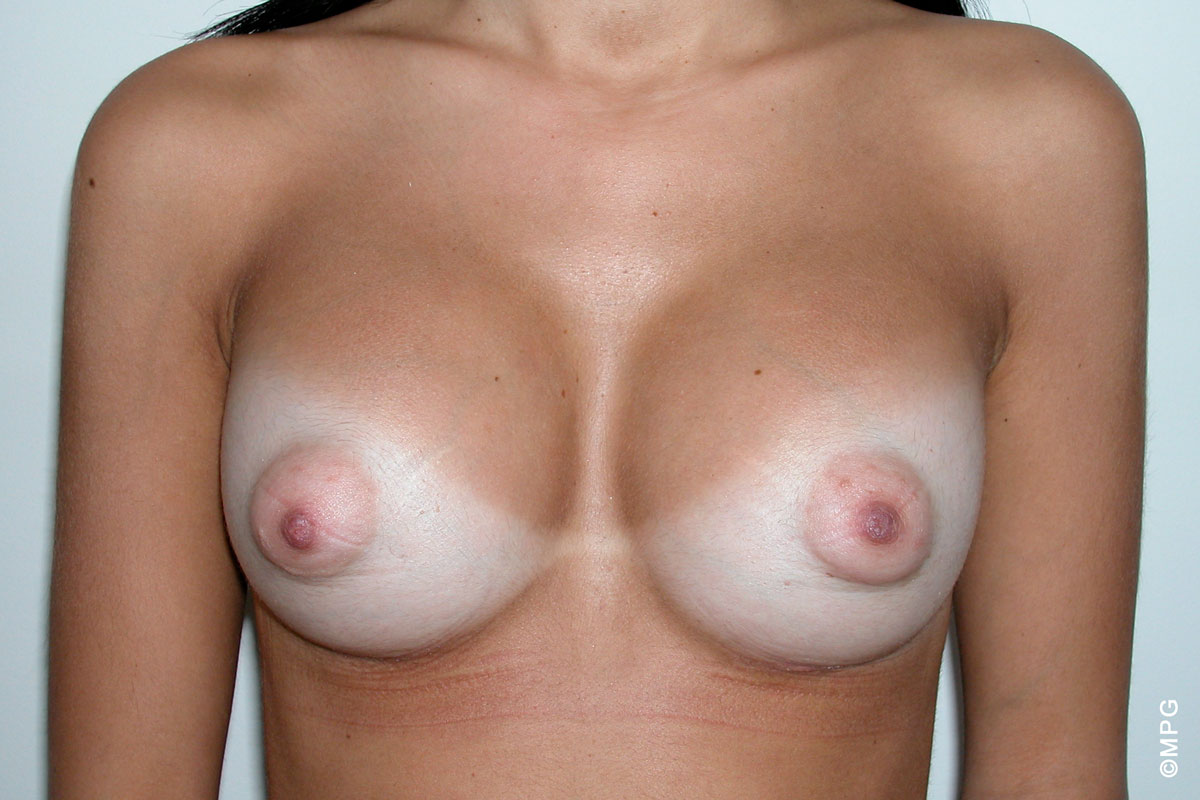 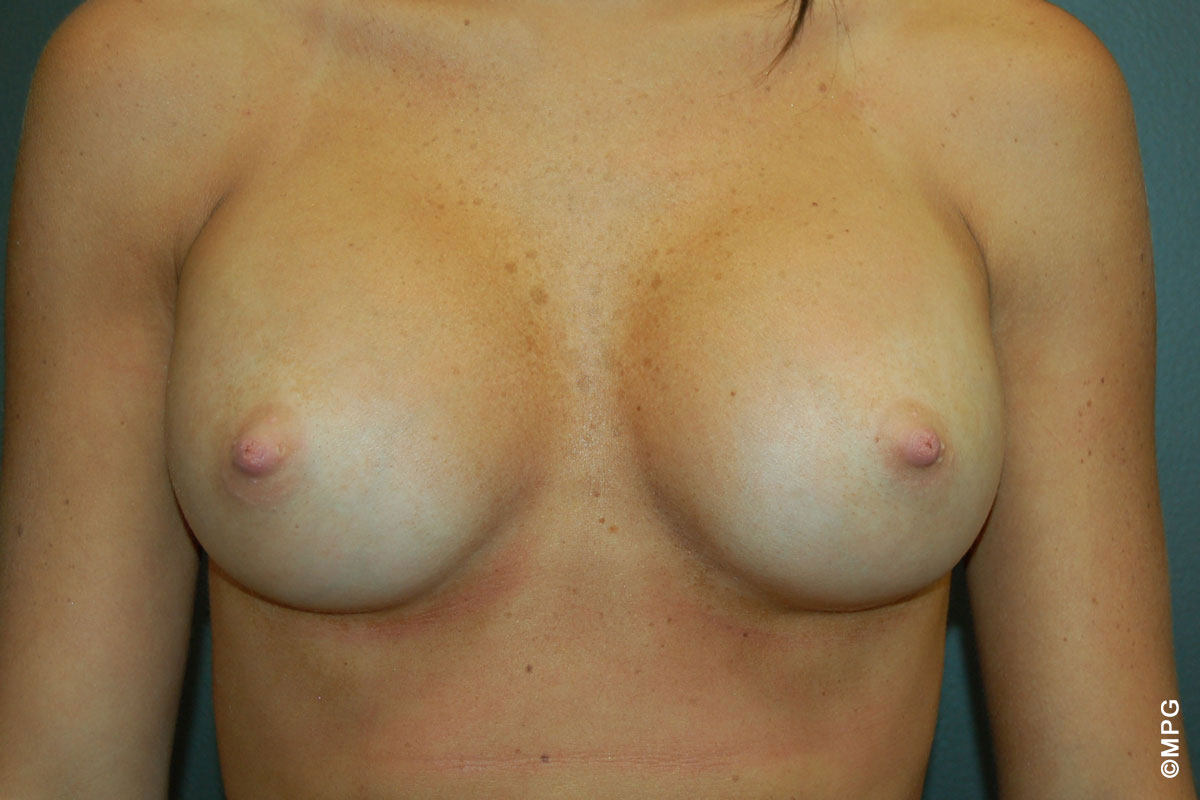 View before and after photos to get a general idea of what other patient’s outcomes were after surgery. This is no guarantee you will have similar results, even if you have a similar body. Results will vary by individual patient and many factors impact your results. Remember that every patient is unique and every surgery has unique aspects. Therefore, no two surgical procedures, or rejuvenation treatments, will get the exact same results. Images of actual patients are shown for information purposes only and are provided with patient consent for use by A/Prof Gianoutsos only.

Our philosophy is to treat all patients as we would be expected to be treated ourselves.
A/Prof. Mark Gianoutsos